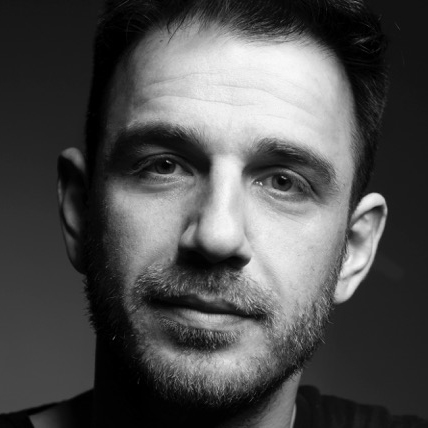 The Van finally stops, the doors open and the Son comes out alive. A few more fights and he will be able to pay his way out of Albania, and hopefully, take his Father with him.

Erenik studied at the Academy of Arts, Tirana where he graduated with a Master’s degree in Film Directing. His thesis was Seed Money, a short film written by Jim Uhls (Fight Club). He has participated in the Sarajevo Talent Campus as a Screenwriter, where he developed the short script Reverse which was produced a year later for the Sarajevo City of Film. Reverse collected awards for best film at the Drama ISFF and Cinematic Achievement award at Thessaloniki ISFF. In 2013 he wrote and directed the short film Alphonso which screened in festivals such as Vancouver International FilmFestival and Brussels ISFF. His next short film Bon Appétit was nominated for Méliès D’Argent at Brussels International Fantastic Film Festival selected as one of the Best European Short Films at the Haapsalu Horror and Fantasy Film Festival and has been selected at South East European Film Festival.His films showcase the inner struggles of the characters as they confront with the socio-political space they inhabit, ultimately coming down to unsettling decisions that define them as comic, tragic or grotesque portraits of society.Erenik currently lives and works in Tirana, Albania. 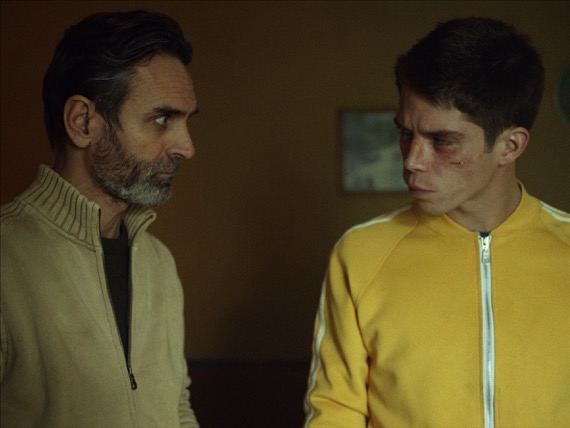 Q: Where did the story come from? Was it inspired by some real events?

A: I saw a TV documentary, showing how gang members in California would arrange dogfights. They’d come up with a trick that wouldn’t get them caught: they’d put the dogs in the trunk of a car, then drive the car following a precise itinerary. When the car comes back, they open the trunk and see which dog has won. This really struck me and I thought, what if it wasn’t dogs but men fighting each other? On a metaphorical level, Albanians for decades have been walking through barriers, some visible, some invisible, and for me, the Van represents these barriers. If you want something, you have got to get inside and fight for it.

Q: The starting point of the movie is the son’s desire to immigrate, but the story quickly focuses on the Father and Son relationship, is this something you had planned during the writing process?

A: The Father and Son relationship was there from the beginning and for me, it is the emotional core that holds the story together. I wanted to put these characters in a situation where most Albanians have found themselves, which is immigration. When the communist regime fell at the beginning of the ’90s, Albanians immigrated wherever they could, and this dream of a better future is still very much present in the young generations. Friends of mine are thinking about it, and I can’t deny I’ve unsuccessfully planned it too. I wanted the main character to have this need for escaping, so much that he puts his body and mind into violence. But he cannot escape alone: having grown up without a mother, he needs the only person he has in his life, his father. What he is trying to do is a bit uncommon, as immigrants tend to leave first and then worry about relatives after.

Q: What are your next projects?

A: I’m currently writing a script about vampires because I hate vampires! I wanted to challenge myself to find a way to portray what a young couple in our days goes through, with one of them being a vampire. Asking myself how much is too much, and how much can you be willing to sacrifice for the one you love I’m also interested in adapting a book that tackles the communism regime. The story is a thriller, a murder mystery and a love story at the same time.